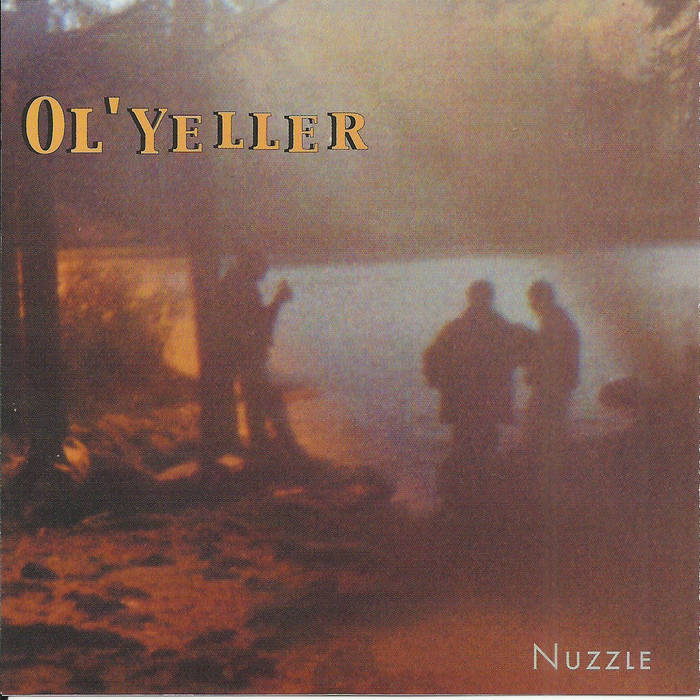 This is the second album from Minneapolis' Ol' Yeller. Recorded and influenced by a year of non-stop touring, this cd includes some of the group's live staples; "Under the Tree", "Expecting To Die" and the searing show-stopper "You Never Know".

Iron Range native Rich Mattson has really made a name for himself as one of today's most promising songwriters. Rich is a hardworking creative prodigy who somehow manages to avoid the spotlight. Despite numerous attempts to catch the attention of major labels; after 12 years and four critically-acclaimed albums with his first group, Minneapolis' beloved mainstay the Glenrustles, he decided to focus his efforts on a new project with some new collaborators. Enter Ol' Yeller.

Nuzzle is Ol' Yeller's sophomore set, and nothing in the years of rejections has changed Mattson's determination of winning over legions of fans with his honest lyrics and a trademark sound that generally is mistaken as "alt country." Ol' Yeller is nowhere near that genre, but its sound borders on it much as the Byrds did with their jangly guitar sound.

Nuzzle is a testament to the DIY aesthetic of surviving as musicians tour to the tune of little fans and less money. The opening track, "Out There," is a tribute to choochtown proprietor Ed Hamell, whose steadfast life on the road as Hamell On Trial has made him a modern-day pioneer. The majority of the other songs depict scenes from Ol' Yeller's touring hardships and livin'-in-a-tour-van blues.

"Burn" is a terrific testament about cheating that recalls Damn the Torpedoes-era Petty with pure rootsy-Americana rock. "Sulpher" tells an interesting tale about a Louisiana waitress with a black eye. This is true Americana beauty set at a Waffle House. "Expecting To Die" is an irresistable gem with enough lyrical hooks to ensure radio-friendly status. The lyrical content is traditional break-up musings ("It's a heartache/It's a waste of time/Payin' so much to go nowhere"), but this song has definite potential for the mass exposure Rich Mattson has been searching for ever since he was turned on to the sounds of his heroes, the Replacements.

If you yearn for the days when Paul Westerberg ruled the Minneapolis scene, or just need some classic rock 'n' roll to provide the soundtrack to all tomorrow's cross-country treks, Nuzzle is an ideal choice. Although we've come to expect a lot from Rich Mattson throughout the years, he is not one to let down.