Rich Mattson and the Northstars 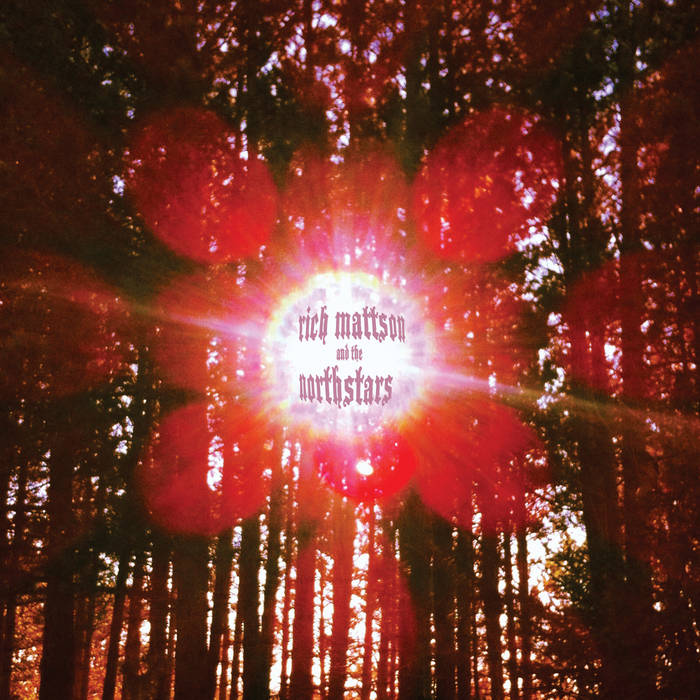 Rich Mattson is the great cosmic northwoods singer-songwriter rock and roll freak, and Germaine Gemberling is committed not only in love but to their wild adventure in all things musical. The two of them left the Twin Cities of Minneapolis/St. Paul 10 and 18 years ago, respectively, and
hooked up at Mattson’s recording studio in Sparta MN in 2007. This is their “hauntingly beautiful” cosmic folk group featuring acoustic guitar, strings, and their unique vocal harmonies.

Mattson is best known for his work leading the bands Ol’ Yeller, the Glenrustles, The Bitter Spills, and the Tisdales. These bands have performed alongside many big-time acts: Wilco, Trampled By Turtles,
Soul Asylum, Low, The Jayhawks..and he has rocked stages from the Troubadour to the Mercury Lounge to Minneapolis‘ own Guthrie Theater. He is also known far and wide for his contributions to hundreds of artists’ recordings at Sparta Sound, which is a former church in northern Minnesota. Germaine Gemberling fronted an all-girl punk band called Smut (Twin-Tone/Spanish Fly Records) in the early 90’s before heading for the country and the Americana-tinged songwriting role she assumed later. Iron Range folk legend Paul Metsa calls Rich and Germaine the “Johnny and June of the Range.”

The Northstars began as a desire to expand the acoustic duo with Rich’s young nephew Curtis, who was growing up to be a fine drummer with a sublime feel and great musical awareness. Also the addition of exquisite gypsy jazz violinist Eli Bissonett (from Ely MN), who had performed on various recording sessions at Sparta Sound. For a bassist, Mattson called on his childhood friend and former Glenrustles bandmate Russell Bergum, who lived in the area and was performing with the Mesabi Community Orchestra. The goal was to create an original, eclectic, acoustic band to play some new songs, some old songs, keep it real and keep it Minnesota.

Recording for this album began at the band’s inception and continues as an ongoing project. This collection features eight new original numbers penned by Rich Mattson and Germaine Gemberling and four songs reworked by the Northstars from Mattson’s expansive back-catalog: “Blue Marvel” (Ol‘ Yeller), “Last Hurrah” (Glenrustles), “Songs of Chaos” (the Tisdales), and “Everything Has Been Done” (Dave Rave and the Governors).